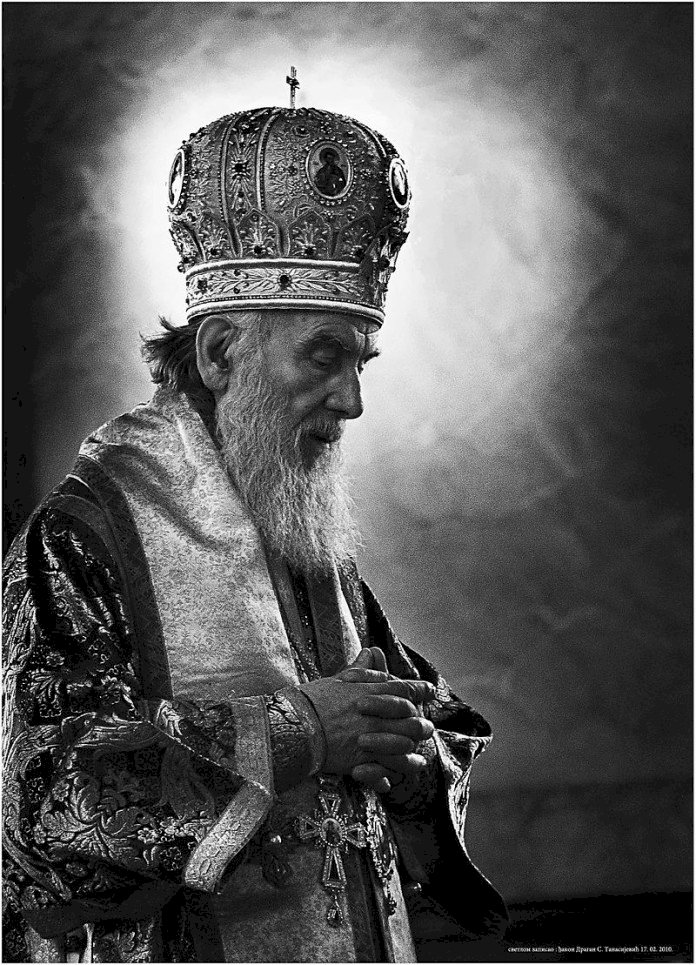 His Holiness Patriarch Irinej (Gavrilovic) of Serbia was born in the village of Vidova, near Cacak in 1930 by his father Zdravko and mother Milijana. When he was baptized he was named Miroslav. He finished the elementary school in his village, and then in Cacak he completed the high school. After the end of the high school he enrolled and completed a seminary in Prizren, and then he finished the Faculty of Orthodox Theology in Belgrade. Upon graduation, he went into the army. Following his return from the army he was soon appointed a professor of the Prizren seminary. Before taking the office of the professor in October 1959, at the Rakovica monastery he was tonsured by His Holiness Patriarch German, gaining the monastic name of Irinej.

That same month, on St. Petka's day, October 27, 1959 at the Ruzica church on the Kalemegdan, he was ordained to the rank of hieromonk. While he worked as the professor at the Prizren seminary he was sent to the postgraduate studies in Athens. In 1969 he was appointed as the head of the monastic school at the monastery of Ostrog, from where he returned back to Prizren and there he became a rector of the Prizren Seminary. From that duty, in 1974 he was elected for a vicar bishop of His Holiness Patriarch of Serbia with the title of Bishop of Moravica. A year later, in 1975 he was elected for Bishop of Nis.

At the Holy Assembly of Bishops on January 22, 2010, he was elected for Archbishop of Pec, Metropolitan of Belgrade-Karlovci and Serbian Patriarch.

The act of enthronement of His Holiness IRINEJ Holy Archbishop of Pec, Metropolitan of Belgrade-Karlovci and Serbian Patriarch was performed on January 23, 2010 during the Holy Hierarchal Liturgy at the Cathedral church in Belgrade. The Holy Hierarchal Liturgy was served by His Holiness IRINEJ, Serbian Patriarch with the concelebration of his brothers Bishops, priests and deacons, as well as representatives of the Russian and Greek church.